Long-time Slashdot reader coondoggie quotes Network World: Spam is back in a big way — levels that have not been seen since 2010 in fact. That’s according to a blog post from Cisco Talos that stated the main culprit of the increase is largely the handiwork of the Necurs botnet… “Many of the host IPs sending Necurs’ spam have been infected for more than two years. “To help keep the full scope of the botnet hidden, Necurs will only send spam from a subset of its minions… This greatly complicates the job of security personnel who respond to spam attacks, because while they may believe the offending host was subsequently found and cleaned up, the reality is that the miscreants behind Necurs are just biding their time, and suddenly the spam starts all over again.” Before this year, the SpamCop Block List was under 200, 000 IP addresses, but surged to over 450, 000 addresses by the end of August. Interestingly, Proofpoint reported that between June and July, Donald Trump’s name appeared in 169 times more spam emails than Hillary Clinton’s. Read more of this story at Slashdot.

John Deere’s New Ride-On Mower Is One of the First To... 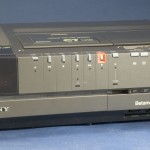