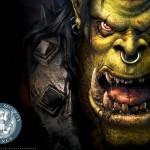 A new Snowden leak details how he NSA and GCHQ tasked its agents to infiltrate Second Life, World of Warcraft, and other MMOs to find jihadis and spy on them. The battalions of undercover orcs did indeed take much of gamespace, but there’s no evidence they ever spotted a plot. I was once questioned by members of an “unnamed branch of the State Department” at a games and public diplomacy event about the likelihood that jihadis were playing MMOs; and I said something like, “Sure, of course. Everyone plays MMOs.” I didn’t realize they’d take it all quite so much to heart. The absurdity of sending spies to infiltrate Warcraft can best be understood as a natural outflow of the doctrine that holds that if any two bad guys, anywhere in the world, can communicate in such a way that the NSA can’t listen in on them, all of society will crumble. Once you set yourself the insane task of eavesdropping on all conversations, everywhere, always, it’s inevitable that you’ll send Secret Squirrel and his pals to Azeroth. At the request of GCHQ, the NSA had begun a deliberate effort to extract World of Warcraft metadata from their troves of intelligence, and trying to link “accounts, characters and guilds” to Islamic extremism and arms dealing efforts. A later memo noted that among the game’s active subscribers were “telecom engineers, embassy drivers, scientists, the military and other intelligence agencies”. The UK agency did not stop at World of Warcraft, though: by September a memo noted GCHQ had “successfully been able to get the discussions between different game players on Xbox Live”. Meanwhile, the FBI, CIA, and the Defense Humint Service were all running human intelligence operations – undercover agents – within the virtual world of Second Life. In fact, so crowded were the virtual worlds with staff from the different agencies, that there was a need to try to “deconflict” their efforts – or, in other words, to make sure each agency wasn’t just duplicating what the others were doing. By the end of 2008, such human intelligence efforts had produced at least one usable piece of intelligence, according to the documents: following the successful takedown of a website used to trade stolen credit card details, the fraudsters moved to Second Life – and GCHQ followed, having gained their first “operational deployment” into the virtual world. This, they noted, put them in touch with an “avatar [game character] who helpfully volunteered information on the target group’s latest activities”. Second Life continued to occupy the intelligence agencies’ thoughts throughout 2009. One memo noted the game’s economy was “essentially unregulated” and so “will almost certainly be used as a venue for terrorist laundering and will, with certainty, be used for terrorist propaganda and recruitment”. Revealed: spy agencies’ covert push to infiltrate virtual world of online games [James Ball/The Guardian]

See the article here:
Spooks of Warcraft: how the NSA infiltrated gamespace