You can add Spotify to the growing list of companies taking a stand against hateful, racist content. In the last few days we’ve seen Google and GoDaddy cancel a white supremacist website domain, Facebook and Reddit ban hate groups, Discord shut down racist accounts and GoFundMe remove a campaign in support of the man accused of driving a car into protesters this weekend in Charlottesville. Now Billboard reports that Spotify is removing “hate bands” from its streaming service. On Monday, Digital Music News published a story that pointed out 37 white supremacist bands that could be found on Spotify. Many of those bands were listed in a 2014 Southern Poverty Law Center report that named 54 racist bands whose music could be listened to on iTunes, Spotify and Amazon while others were found through the help of Spotify recommendations. A few months after the SPLC’s report was published, the center noted that iTunes had removed a number of the bands while Spotify and Amazon had not. A Spotify spokesperson told Billboard, “Spotify takes immediate action to remove any such material as soon as it has been brought to our attention. We are glad to have been alerted to this content – and have already removed many of the bands identified today, whilst urgently reviewing the remainder.” The company is also reportedly considering removing these sorts of bands from its algorithm-based recommendations and has put together a new “Patriotic Passion” playlist. We’ve reached out to Spotify for comment and will update this post if we receive more information. Via: The Verge Source: Billboard

Excerpt from:
Spotify removes ‘hate bands’ from its streaming library

The people who reportedly never sleep. Ever. 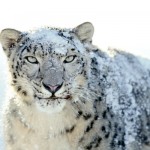