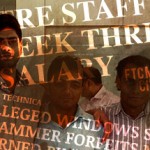 Aurich Lawson / PCCare247 Sitting in front of her PC, the phone in her hand connected to a tech support company half a world away, Sheryl Novick was about to get scammed. The company she had reached, PCCare247, was based in India but had built a lucrative business advertising over the Internet to Americans, encouraging them to call for tech support. After glimpsing something odd on her computer, Novick did so. “I saw some sort of pop-up and I don’t know if there’s a problem,” she told a PCCare247 tech named Yakeen. He offered to check the “management part” of her computer for possible problems. Read 61 remaining paragraphs | Comments

View original post here:
“Stains of deceitfulness”: Inside the US government’s war on tech support scammers