An anonymous reader writes “According to ABC entertainment president Paul Lee: ‘We’d love to do something with Lucasfilm, we’re not sure what yet. We haven’t even sat down with them. We’re going to look at [the Star Wars live-action TV series], we’re going to look at all of them, and see what’s right. We weren’t even able to discuss this with them until [the deal] closed and it just closed. It’s definitely going to be part of the conversation.’ Not only that, but it’s also been announced that some of the 50 completed episode scripts that producer Rick McCallum has previously mentioned have been written by none other than Ron Moore of Star Trek and Battlestar Galactica fame.” Read more of this story at Slashdot.

How to: Read books buried 2000 years ago 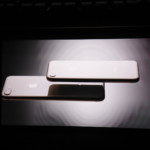