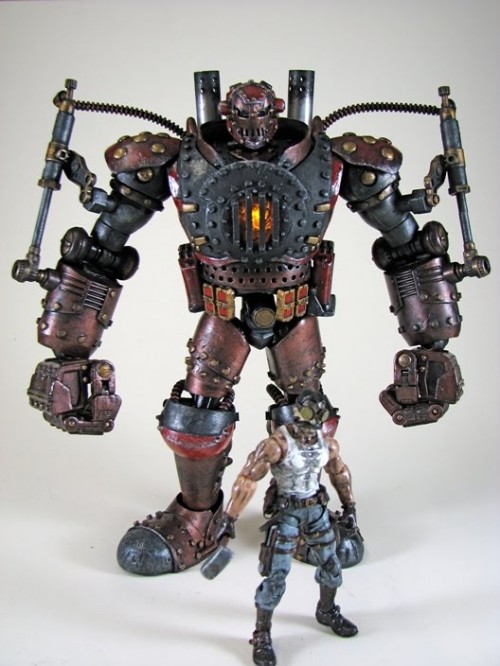 Toy modder Jonathan Kuriscak made an intricately detailed steampunk Iron Man figure, along with Tony Stark. You can view several more pictures at the link.

Really, giving Stark a big handlebar mustache was a great decision and should probably be used in the next Iron Man movie, regardless of time period.