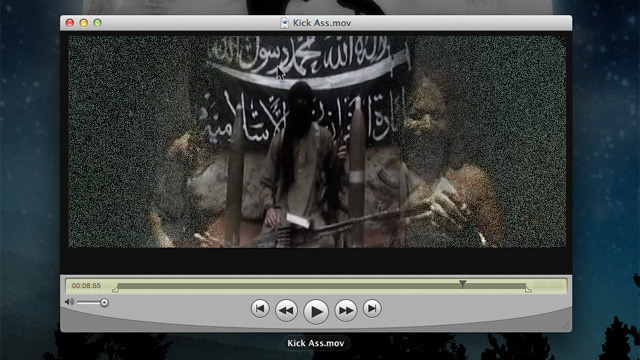 When a suspected al-Qaeda member was arrested in May of 2011 in Berlin, he was found with a memory card with a password-protected folder—and the files within it were hidden. But, as the German magazine Zeit reports, computer forensics experts from the German Federal Criminal Police (BKA) eventually uncovered its contents—what appeared to be a pornographic video called “KickAss.”

Within that video, they discovered 141 separate text files, containing what officials claim are documents detailing al-Qaeda operations and plans for future operations—among them, three entitled “Future Works,” “Lessons Learned,” and “Report on Operations.”