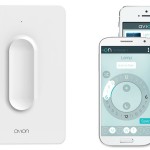 There are myriad devices like the Philips Hue that can be controlled with a smartphone, but how about just… a switch? A company called Avi-on was thinking the same thing, so it created a movable Bluetooth dimmer switch that simply sticks to your wall without any holes or wiring. It can be used to control a number of GE-branded Bluetooth devices, like its Smart Bulbs and indoor and outdoor plugs. The system doesn’t require a hub, and Avi-on claims the switch’s battery will last “multi-years.” If you do want to use a smartphone instead, the company also has iOS and Android apps, with features like timers, scheduling and smart device grouping. For now, buying one isn’t quite as simple as flicking a switch. The product is currently in the development and crowdfunding stage, though Avi-on says it’ll go into production at the end of this year. Rather than Kickstarter or another funding site, Avi-on has elected to go it alone on the white label Tilt Open platform. If you’re willing to back it, the early bird starter kit is $59 for a switch and GE dimmer plug, with complete kits for small homes running $399. Filed under: Misc , Wireless Comments Source: Avi-on

Equifax tries to explain its response to a massive security breach 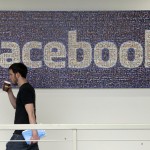