The words “please stow all electronic devices” may soon disappear from the scripts of flight attendants. The Federal Aviation Administration (FAA) is poised to lift its ban on the use of electronic devices aboard airline flights at elevations under 10,000 feet. It would also allow the use of e-readers, iPods, tablets, and phones in “airplane” mode even during take-offs and landings. The Wall Street Journal reports that the FAA is circulating a draft set of recommendations from an advisory panel that recommends relaxing the bans. Cell phone calls during flight would still be banned. T he report acknowledges that technology has changed dramatically since the FAA originally placed the ban on electronic devices during takeoff and landing back in the 1960s, when there were valid concerns about interference to aircraft communications from personal radios and other electronics.  The panel also admitted that having airlines each evaluate the safety of individual electronic devices before allowing them to be left on at low altitude “has become untenable.” Passengers are widely ignoring the ban already, and the FAA advisory panel’s report cited research that showed a third of airline passengers had “accidentally” left a device turned on for entire flights at least once. An FAA spokeswoman sent a statement to the Wall Street Journal that said that the FAA “recognizes consumers are intensely interested in the use of personal electronics aboard aircraft. That is why we tasked a government-industry group to examine the safety issues and the feasibility of changing the current restrictions. At the group’s request, the FAA has granted the two-month extension to complete the additional work necessary for the safety assessment.” Read on Ars Technica | Comments 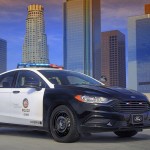