Valve is not done redefining itself yet. The gaming juggernaut added ‘operating system developer’ to ‘games studio’ and ‘digital media distributor’ with the introduction of SteamOS. And now it’s adding ‘streaming service’ to its repertoire. The service , currently in beta, allows users to stream game play from one PC to any other PC in their home. Invited users run a beta version of the Steam client on their computers and have settings for adjusting the amount of bandwidth the stream consumes. Though work is in progress to make streaming an option from OS X and Linux machines, the service is primarily aimed at Windows PCs to start. The Windows focus may, in part, be a result of the relatively larger library of Windows games on Steam. Valve’s Linux-based SteamOS has one big limitation compared with the full Steam experience: it can only run games compatible with Linux. That limitation may be mostly put to rest when a Steam Box is now paired with a Windows PC, allowing users to run any game in the Steam library either natively in the Steam Box or streamed. The other key benefit to the new streaming option is convenience. Graphically rich games often suffer when run on thermally limited notebooks. Decoding a video stream requires drastically less computing power than rendering a 3D environment, so gaming on a modestly specced laptop could become much more satisfying. Read 1 remaining paragraphs | Comments

Read more here:
Streaming comes to Steam: run on your gaming rig, play on your laptop

These Absolutely Huge Pharaoh Statues Were Just Unveiled In Egypt 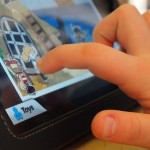