Hugh Pickens DOT Com (2995471) writes “Walk into any university lecture hall and you’re likely to see row upon row of students sitting behind glowing laptop screens. Laptops in class have been controversial, due mostly to the many opportunities for distraction that they provide (online shopping, browsing Reddit, or playing solitaire, just to name a few). But few studies have examined how effective laptops are for the students who diligently take notes. Now Robinson Meyer writes at The Atlantic that a new study finds that people remember lectures better when they’ve taken handwritten notes, rather than typed ones. The research suggests that even when laptops are used solely to take notes, they may still be impairing learning because their use results in shallower processing. ‘Our new findings suggest that even when laptops are used as intended — and not for buying things on Amazon during class — they may still be harming academic performance, ‘ says psychological scientist Pam Mueller of Princeton University, lead author of the study. Laptop note takers’ tendency to transcribe lectures verbatim rather than processing information and reframing it in their own words is detrimental to learning. If you can type quickly enough, word-for-word transcription is possible, whereas writing by hand usually rules out capturing every word. ‘We don’t write longhand as fast as we type these days, but people who were typing just tended to transcribe large parts of lecture content verbatim, ‘ says Mueller. ‘The people who were taking notes on the laptops don’t have to be judicious in what they write down.'” Read more of this story at Slashdot. 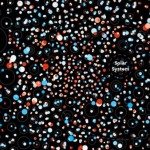 Watch all the exoplanets orbit their stars simultaneously 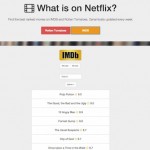 What Is On Netflix? Uses Rotten Tomatoes and IMDB to Help...