Mickeycaskill writes: A report from Adobe and anti-ad blocking startup PageFair says the number of ad block users worldwide has increased by 41 percent in the past 12 months to 198 million monthly active users. The study suggests the growing popularity of ad blocking software is set to cost online publishers $21.8 billion in 2015 and could reach $41.4 billion by 2016. “About 45 million of them are in the United States, with almost 15 percent of people in states like New York and California relying on these services. The figures are even higher in Europe, where 77 million people use versions of the software. In Poland, more than a third of people regularly block online ads.” Read more of this story at Slashdot. 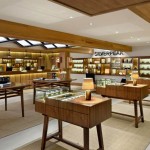 Photos of a high-end weed store in Aspen, CO