The recent death by overdose of Google executive Timothy Hayes has drawn attention to the phenomenon of illegal drug use (including abuse of prescription painkillers) among technology workers and executives in high-pay, high-stress Silicon Valley. The Mercury News takes a look at the phenomenon; do the descriptions of freely passed cocaine, Red Bull as a gateway drug, and complacent managers match your own workplace experiences? From the Mercury News article: “There’s this workaholism in the valley, where the ability to work on crash projects at tremendous rates of speed is almost a badge of honor, ” says Steve Albrecht, a San Diego consultant who teaches substance abuse awareness for Bay Area employers. “These workers stay up for days and days, and many of them gradually get into meth and coke to keep going. Red Bull and coffee only gets them so far.” … Drug abuse in the tech industry is growing against the backdrop of a national surge in heroin and prescription pain-pill abuse. Treatment specialists say the over-prescribing of painkillers, like the opioid hydrocodone, has spawned a new crop of addicts — working professionals with college degrees, a description that fits many of the thousands of workers in corporate Silicon Valley. Increasingly, experts see painkillers as the gateway drug for addicts, and they are in abundance. “There are 1.4 million prescriptions … in the Bay Area for hydrocodone, ” says Alice Gleghorn with the San Francisco Department of Public Health. “That’s a lot of pills out there.” Read more of this story at Slashdot. 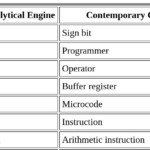 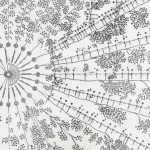 This Was the First Modern Organization Chart