An anonymous reader points to an interesting comparison of current tablets’ peformance, as measured with the Geekbench benchmarking tool, which boils down various aspects of performance to produce a single number. The clear winner from the models fielded wasn’t from Apple of Samsung (Samsung’s entrants came much lower down, in fact), but from Microsoft: the i5-equipped Surface Pro 3, with a Geekbench score of 5069.; second place goes to the Apple iPad Air 2, with 4046. The Nexus 9 rated third, with 3537. One model on the list that U.S. buyers may not be familiar with is the Tesco Hudl 2, a bargain tablet which Trusted Reviews seems quite taken by. Read more of this story at Slashdot. 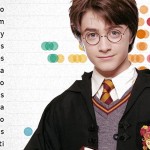 You Can Customize This E-Ink Watch Down to the Strap