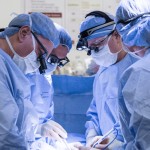 A team of surgeons at Baylor University Medical Center in Dallas have achieved something that hadn’t previously been done in the US. With the help of a Swedish surgical team, doctors performed the first uterus transplants from living donors . The experimental procedures took place between September 14th and 22nd with four total transplants. While the first three were unsuccessful, the fourth patient is showing positive results based on follow-up tests. The transplanted uteri were removed from those first three patients and they’re expected to resume normal activity soon. For the fourth patient, tests indicate good blood flow to the uterus with no signs of rejection or infection. “We are cautiously optimistic that she could ultimately become the first uterine transplant recipient in the US to make it to the milestone of uterine functionality, ” a statement from Baylor University Medical Center explained. 16 uterine transplants have been performed around the world thus far. In fact, the Swedish team that assisted doctors at Baylor are considered experts on the procedure. There have been five births following procedures they’ve completed. Following these most recent transplants, both surgical teams say they’ve gained valuable knowledge from the three unsuccessful cases that will prove beneficial to future operations. Changes will include updates to protocols and post-op management with special attention to the thickness of the uterine veins. Back in February, the Cleveland Clinic performed the first uterus transplant in the US. In that case, the 26-year-old recipient would have needed to have the organ removed after one or two pregnancies due to medications that kept her body from rejecting it. Due to compromised blood flow caused by an infection in the weeks that followed, the transplanted uterus was removed in March. Via: CNN Source: Baylor University Medical Center (1) , (2) 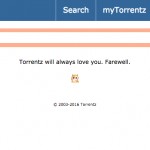