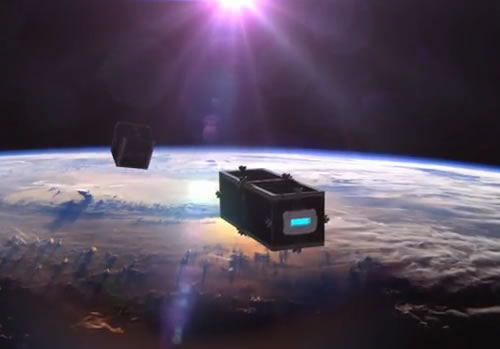 Space
junk is everywhere, and it’s high time that someone takes charge to
clean it up. And Switzerland is that someone: the country is building
CleanSpace One, the first in a family of “janitor” satellites
to clean up space.

To be launched as soon as three to five years from now, CleanSpace
One will rendezvous with one of two defunct objects in orbit, either
the Swisscube picosatellite, or its cousin TIsat, both 1,000 cubic centimeters
(61 cubic inches) in size. When the janitor satellite reaches its target,
it will extend a grappling arm, grab it and then plunge into Earth’s
atmosphere, burning up itself and the space junk during re-entry.

Think of it as the WALL-E of satellites (why it kind of looks like it,
too): Link