NPR’s Web publishing system and several of the news agency’s Twitter accounts were hacked yesterday by a group supportive of the Syrian government that calls itself the “Syrian Electronic Army.” “Late Monday evening, several stories on the NPR website were defaced with headlines and text that said ‘Syrian Electronic Army Was Here,'” an NPR statement published in a NPR.org news story on the incident said. “Some of these stories were distributed to and appeared on NPR Member Station websites. We have made the necessary corrections to those stories on NPR.org and are continuing to work with our Member Stations. Similar statements were posted on several NPR Twitter accounts. Those Twitter accounts have been addressed. We are closely monitoring the situation.” Sophos’s Naked Security blog published a summary of the hack , including a screenshot of a Google search showing some of the headlines edited by the Syrian Electronic Army: Read 3 remaining paragraphs | Comments 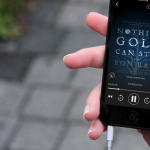