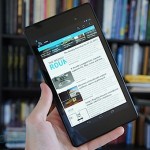 T-Mobile’s plan to offer 200MB of free monthly data to iPad users was just the start of a larger strategy. As of November 1st, the no-charge bandwidth will be available for the lifetime of any tablet on the network; customers who pay for data will get the 200MB on top of their existing caps. The company is simultaneously launching a tablet trade-in program that will discount new devices when shoppers bring in old slates, even if they’re WiFi-only. To draw attention to its new initiative, T-Mobile has revealed that it will carry the LTE-ready Nexus 7 in-store on November 20th. Customers can get Google’s tablet with no money down if they’re willing to pay $16 per month for two years, or $384 in total. That’s ultimately more expensive than purchasing through Google Play , but it may be easier to swallow for those who can’t afford to buy the device outright. Filed under: Tablets , T-Mobile Comments Source: T-Mobile 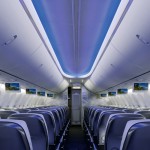