An anonymous reader writes “Tenure laws one of the most controversial aspects of education reform, and now the tide seems to be turning against them. A California judge has handed down a ruling that such laws are unconstitutional, depriving students of an education by sometimes securing positions held by bad teachers. The judge said, “Substantial evidence presented makes it clear to this court that the challenged statutes disproportionately affect poor and/or minority students. The evidence is compelling. Indeed, it shocks the conscience.” The plaintiff’s case was that “California’s current laws make it impossible to get rid of the system’s numerous low-performing and incompetent teachers; that seniority rules requiring the newest teachers to be laid off first were harmful; and that granting tenure to teachers after only two years on the job was farcical, offering far too little time for a fair assessment of their skills.” This is a precedent-setting case, and there will likely be many similar cases around the country as tenure is challenged with this new ammunition.” Read more of this story at Slashdot. 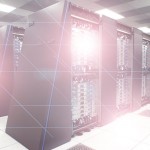 US wants the world’s fastest supercomputer by 2025 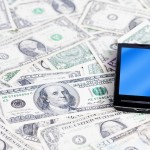