Amazon is in the running among a handful of companies looking to acquire the popular chatroom startup, reports Bloomberg. From the article: San Francisco-based Slack could be valued at at least $9 billion in a sale, the people said. An agreement isn’t assured and discussions may not go further, said the people. Buying Slack would help Seattle-based Amazon bolster its enterprise services as it seeks to compete with rivals like Microsoft and Alphabet’s Google. The company’s cloud-hosting unit, Amazon Web Services, in February unveiled a paid-for video and audio conferencing service — Amazon Chime — that lets users chat and share content. Kara Swisher, reporting for Recode: Slack, the popular business communications company, is in the midst of raising $500 million at a $5 billion post-money valuation, an effort that has attracted several potential buyers interested in taking out the company ahead of the funding. Those include Amazon, Microsoft, Google and Salesforce, several of which have previously shown interest in acquiring Slack. Bloomberg reported the interest by Amazon today, with a $9 billion sales price. Read more of this story at Slashdot. 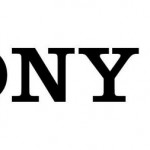 Curiosity rover finds its crater was habitable for 700 million years