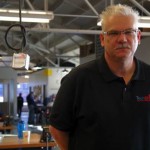 Someone, Mark Hatch, if I had to guess, has left a Square reader just to the left of where we’ve set up our cameras. It’s on a table next to a small, but exceptionally diverse array of gadgets. There’s a wooden book that unfolds into a desk lamp and a polymer incubation blanket for infants that’s “on track to save 100,000 children’s lives,” according to Hatch, TechShop’s spikey-white-haired CEO. But it’s the little white plastic dongle that’s the star of this show, through the power of sheer ubiquity, popping up in coffee shops and taxicabs everywhere. Square’s modest undertaking has since ballooned to a roughly 300-person operation. The project was born in this very space, eventually moving to a building in San Francisco’s SoMa district a block or so away, the mobile payment company having opted not to travel too far from the place where it was first conceived. When it comes to proximity, Square is by no means an anomaly — if anything, the company’s strayed a bit away from the pack. TechShop’s overseers have, quite cannily, begun to offer up a portion of the warehouse’s 17,000 square feet as office space, giving its members a shot at some prime San Francisco real estate, a flight of stairs up from an impressive array of machine tools — laser cutters, water jets and more 3D printers than most mortals have seen in one place. “Literally everything you need to make just about anything on the planet,” says Hatch, in typically definitive terms. And while there’s arguably still some sense of hyperbole in the notion of the “next industrial revolution” (as 3D-printing evangelist Bre Pettis loves to put it), it’s hard to stand here in the well-lit warehouse amongst the buzz of machinery and ideas and not appreciate the sentiment. Comments

Continue reading here:
TechShop: an industrial revolution for $125 a month 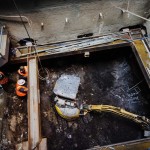 Ice Age Fossils Are Being Unearthed By L.A.’s Subway Construction 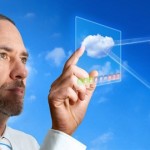 Microsoft to roll out Remote Desktop to iOS and Android later...