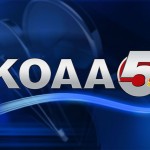 (credit: NURV.com ) A South Carolina teenager has sued a Colorado television station over allegations the station broadcasted a picture of his erect penis taken from a cell phone video uploaded to YouTube. The case, known as Holden v. KOAA , asks for $1 million in damages and accuses the station, its reporter, its parent companies (NBC and Comcast), and other defendants of violating federal child pornography laws, invasion of privacy and negligence, and other allegations. According to the lawsuit , the teen was 14 years old and living in Colorado at the time of the incident. (The incident occurred two years ago, but Ars will not name the individual as he is still a minor.) The cell phone video had been taken of the teen and put online as a way to blackmail him. His father’s girlfriend, Heather Richardson, soon contacted the KOAA TV station to let them know about the situation. KOAA sent a local reporter, Matthew Prichard, to the family’s home in Pueblo, Colorado, where Prichard interviewed the boy and filmed the offending material. The suit claims that the boy’s father specifically told Prichard to keep his son’s name out of the report. Read 7 remaining paragraphs | Comments

Read the original post:
Teen sues TV station for $1M over unauthorized broadcast of his genitals 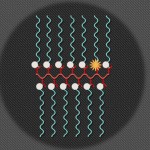 Nanotech has a future in monitoring tumors and diagnosing illness