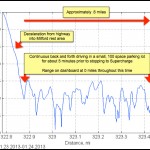 Last week, Tesla’s electric sedan reportedly died during a reviewer’s road trip in cold weather; the firm’s CEO, Elon Musk, said the review was “fake” and promised a data-driven takedown. Today, Musk published the logs and claims they reveal, among other things, that the New York Times’ reviewer drove around in circles in an empty car lot to run down the batteries. “Instead of plugging in the car,” Musk wrote, “He drove in circles for over half a mile in a tiny, 100-space parking lot. When the Model S valiantly refused to die, he eventually plugged it in. On the later legs, it is clear Broder was determined not to be foiled again.” 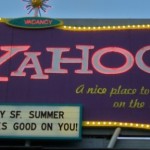