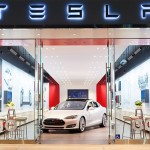 Tesla will show off a brand new thing on Thursday, April 30, at its Hawthorne Design Studio, CEO Elon Musk tweeted today. Musk promises that this is not a car, but it is a “major” new product line. We’ll have all the news as soon as it’s announced, so check back here on April 30 for the big reveal. Major new Tesla product line — not a car — will be unveiled at our Hawthorne Design Studio on Thurs 8pm, April 30 – Elon Musk (@elonmusk) March 30, 2015 Comments Source: @elonmusk

Read the original post:
Tesla teases a ‘major’ new product, not a car, to be revealed in April 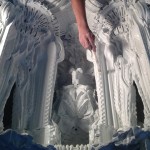 How Netflix Eats the Internet