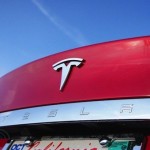 Tesla CEO Elon Musk has discussed the company’s ambitions to build a self-driving car on more than one occasion, and now he’s revealed a bit more about its plans. After reports today about a job listing for an Advanced Driver Assistance Systems Controls Engineer, he spoke to the Financial Times and confirmed the company is working on a form of autopilot in-house. Expressing his opinion that fully autonomous cars may be a bit too difficult to achieve right now, he said Tesla “should be able to do 90 per cent of miles driven within three years.” Other major car companies — Mercedes, GM, Volvo and Continental, just to name a few — have projects for either full or partial car self-control, but they’re still under development for reasons both technical and legal. Also hanging in the balance is Google’s autonomous car project, although from Musk’s statements it appears Tesla has decided to go its own wa y on the technology. The three year target is an ambitious one, but we’ll put this one somewhere between Iron Man and Hyperloop on the Musk scale. Filed under: Transportation Comments Via: Reuters Source: FT 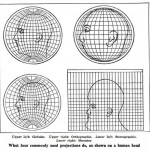 This is how map projections warp your understanding of geography