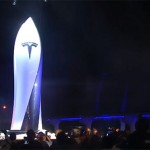 Tesla Motors’ Supercharger Corridor , which runs from San Diego to Vancouver, is now open for business. It enables the Model S to quickly recharge for free at a variety of locations along the West Coast of North America. At least six of those locations are already installed, and Tesla says “more than 99 percent of Californians and 87 percent of Oregon and Washington owners are now within 200 miles of a Supercharger.” Developing … Filed under: Transportation Comments Source: Tesla Motors