There’s just four days left to vote for the winner of the 23rd Annual Interactive Fiction Competition. An anonymous reader writes: This year’s contest set a record, drawing 79 new text adventures — 36% more entries than the previous year’s 58. All of this year’s games are available online, furthering the competition’s goal of “making them freely available in order to encourage the creation, play, and discussion of interactive fiction.” (And they’re also available in a 236-megabyte .zip archive.) Each game’s developer is competing for $4, 800 in cash prizes, to be shared among everyone who finishes in the top two-thirds (including a $247 prize to the first-place winner). Authors of the top-rated games will also get to choose from a 38-prize pool (which includes another $200 cash prize donated by Asymmetric Publications, as well as a “well-loved” used Wii console). But the most important thing is there’s a bunch of fun new text adventures to play. Reviews are already appearing online, lovingly collected by the Interactive Fiction Wiki. And one game designer even livestreamed their text adventure-playing on Twitch. Read more of this story at Slashdot.

Hackers Can Use the Labels On Your Snail Mail to Mess... 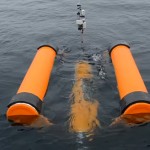