Taco Cowboy writes The subway system in Hong Kong has one of the best uptime, 99.9%, which beats London’s tube or NYC’s sub hands down. In an average week as many as 10, 000 people would be carrying out 2, 600 engineering works across the system — from grinding down rough rails to replacing tracks to checking for damages. While human workers might be the one carrying out the work, the one deciding which task is to be worked on, however, isn’t a human being at all. Each and every engineering task to be worked on and the scheduling of all those tasks is being handled by an algorithm. Andy Chan of Hong Kong’s City University, who designed the AI system, says, “Before AI, they would have a planning session with experts from five or six different areas. It was pretty chaotic. Now they just reveal the plan on a huge screen.” Chan’s AI program works with a simulated model of the entire system to find the best schedule for necessary engineering works. From its omniscient view it can see chances to combine work and share resources that no human could. However, in order to provide an added layer of security, the schedule generated by the AI is still subject to human approval — Urgent, unexpected repairs can be added manually, and the system would reschedules less important tasks. It also checks the maintenance it plans for compliance with local regulations. Chan’s team encoded into machine readable language 200 rules that the engineers must follow when working at night, such as keeping noise below a certain level in residential areas. The main difference between normal software and Hong Kong’s AI is that it contains human knowledge that takes years to acquire through experience, says Chan. “We asked the experts what they consider when making a decision, then formulated that into rules – we basically extracted expertise from different areas about engineering works, ” he says. Read more of this story at Slashdot. 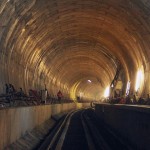