The current scandal roiling over the use of a private e-mail server by former Secretary of State Hillary Clinton is just the latest in a series of scandals surrounding government e-mails. And it’s not the first public airing of problems with the State Department’s IT operations—and executives’ efforts to bypass or work around them. At least she didn’t set up an office in a restroom just to bypass State Department network restrictions and do everything over Gmail. However, another Obama administration appointee—the former ambassador to Kenya—did do that, essentially refusing to use any of the Nairobi embassy’s internal IT. He worked out of a bathroom because it was the only place in the embassy where he could use an unsecured network and his personal computer, using Gmail to conduct official business. And he did all this during a time when Chinese hackers were penetrating the personal Gmail inboxes of a number of US diplomats. Why would such high-profile members of the administration’s foreign policy team so flagrantly bypass federal and agency regulations to use their own personal e-mail to conduct business? Was it that they had something they wanted to keep out of State’s servers and away from Congressional oversight? Was it that State’s IT was so bad that they needed to take matters into their own hands? Or was it because the department’s IT staff wasn’t responsive enough to what they saw as their personal needs, and they decided to show just how take-charge they were by ignoring all those stuffy policies? Read 19 remaining paragraphs | Comments

Visit link:
The Ambassador who worked from Nairobi bathroom to avoid State Dept. IT 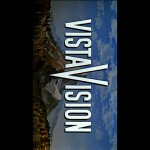 Vertical videos are here to stay thanks to apps like Snapchat

How I rooted my Amazon Android tablet