When you’re the central bank in charge of determining interest rates for millions of UK inhabitants, being able to predict economic trends is of paramount importance. To do this, the Bank of England has numerous tools at its disposal, but research often depends on assessing trends from the past. In an attempt to become a little more timely, the Bank has set up a special taskforce that will begin scraping internet searches and social networks like Facebook and Twitter for clues about the state of Britain’s economy at any given time. According to Sky News , the world’s eighth oldest bank will now assess the frequency of job searches and monitor prices online to understand potential unemployment rates and monitor inflation. It will also gauge language used on social networks to better understand the state of some financial markets. It’s another example of the shift towards “big data, ” where companies collect and analyse huge sets of digital data rather than use traditional database techniques to detect patterns as they happen. The Bank of England says it used these techniques to help impose new controls on the housing market earlier in the year, and hopes this “big shift from the past” will help it better judge Britain’s financial status in the future. [Image credit: Bank of England, Flickr ] Filed under: Internet Comments Via: Sky News 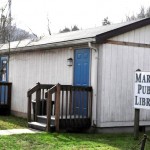 Why a one-room West Virginia library runs a $20,000 Cisco router