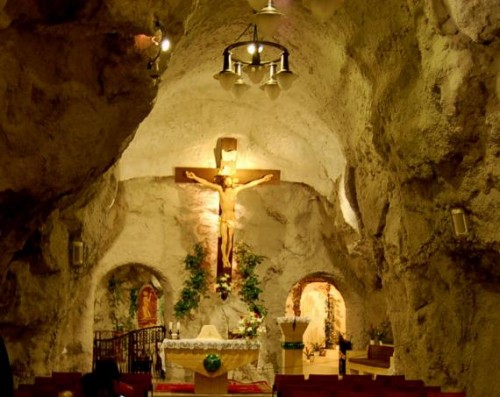 There is a cave on the side of the side Gellert Hill near Budapest, Hungary, in which it is said that a monk, possibly St. Istvan, lived his life. It later became a place of worship run by the Pauline monks. In 1951, the communist government arrested the monks and sealed the cave with a wall of concrete. The wall was torn down in 1989, and once more the cave is used as a church. Read more about it at Atlas Obscura. Link