“The prestigious FOSS project replacing the entire city’s administration IT with FOSS based systems, is about to be cancelled and decommissioned, ” writes long-time Slashdot reader Qbertino. TechRepublic reports: Politicians at open-source champion Munich will next week vote on whether to abandon Linux and return to Windows by 2021. The city authority, which made headlines for ditching Windows, will discuss proposals to replace the Linux-based OS used across the council with a Windows 10-based client. If the city leaders back the proposition it would be a notable U-turn by the council, which spent years migrating about 15, 000 staff from Windows to LiMux, a custom version of the Ubuntu desktop OS, and only completed the move in 2013… The use of the open-source Thunderbird email client and LibreOffice suite across the council would also be phased out, in favor of using “market standard products” that offer the “highest possible compatibility” with external and internal software… The full council will vote on whether to back the plan next Wednesday. If all SPD and CSU councillors back the proposal put forward by their party officials, then this new proposal will pass, because the two parties hold the majority. The leader of the Munich Green Party says the city will lose “many millions of euros” if the change is implemented. The article also reports that Microsoft moved its German headquarters to Munich last year. Read more of this story at Slashdot.

Link:
The City Of Munich Now Wants To Abandon Linux And Switch Back to Windows 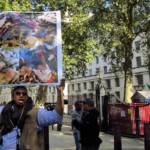