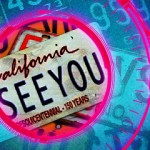 Aurich Lawson OAKLAND, CA—The last time the Oakland Police Department (OPD) saw me was on May 6, 2013 at 6:38:25pm. My car was at the corner of Mandana Blvd. and Grand Ave. , just blocks away from the apartment that my wife and I moved out of about a month earlier. It’s an intersection I drive through fairly frequently even now, and the OPD’s own license plate reader (LPR) data bears that out. One of its LPRs—Unit 1825—captured my car passing through that intersection twice between late April 2013 and early May 2013. I have no criminal record, have committed no crime, and am not (as far as I know) under investigation by the OPD or any law enforcement agency. Since I first moved to Oakland in 2005, I’ve been pulled over by the OPD exactly once—for accidentally not making a complete stop while making a right-hand turn at a red light—four years ago. Nevertheless, the OPD’s LPR system captured my car 13 times between April 29, 2012 and May 6, 2013 at various points around the city, and it retained that data. My car is neither wanted nor stolen. The OPD has no warrant on me, no probable cause, and no reasonable suspicion of wrongdoing, yet it watches where I go. Is that a problem? Read 73 remaining paragraphs | Comments

Read More:
The cops are tracking my car—and yours