If you’ve ever lost access to your PayPal holdings through no fault of your own — say, following a shady money transfer — you may be tempted to enjoy a little schadenfreude today. PayPal president David Marcus reports that someone used a skimming device to clone a credit card while he was in the UK, letting the perpetrator make a “ton” of fraudulent purchases. It’s virtually the embodiment of karmic payback, isn’t it? In fairness, the executive is right when he notes that the incident wouldn’t have happened if the merchant accepted PayPal ; the company would have masked the card number and rendered the skimmer useless. And we sincerely hope that Marcus’ finances are back in order. All the same, the affair shows just why business leaders should be sympathetic to their customers’ problems — one day, they may be stuck in the same boat. My card (with EMV chip) got skimmed while in the UK. Ton of fraudulent txns. Wouldn’t have happened if merchant accepted PayPal… – David Marcus (@davidmarcus) February 10, 2014 Filed under: Internet Comments Via: USA Today Source: David Marcus (Twitter 1) , (2)

10% of Americans have a smartphone but no other Internet at... 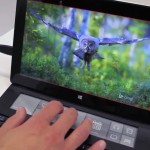