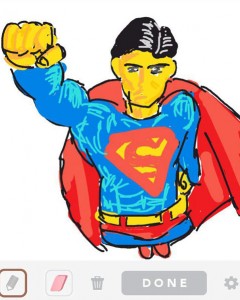 The ”dizzying” success of the doodling app Draw Something was underscored Wednesday when news broke that gaming titan Zynga was purchasing the company behind the app, New York-based OMGPOP, for over $200 million. Here, a look at the numbers behind the popular new app:

9 – years it took for AOL to hit 1 million users

Read More:
The ”dizzying” success of the doodling app Draw…