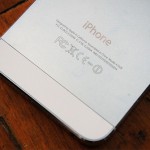 Let’s try something really quickly: pull your phone out, flip it over, and maybe squint at it a bit. Chances are you’ll see a series of FCC-mandated pictograms emblazoned there, little images you’ve probably never paid attention to before. If US senators Deb Fischer (R-Nebraska) and Jay Rockefeller (D-W. Virginia) get their way though, those curious icons may soon become a thing of past . Instead, the pair wants to replace those etchings with more informative digital equivalents that users can peek at if they so chose. Alas, your gadgets might not be completely clean if the bill passes — there are still those pesky CE labels to gaze upon. Anyway, it wasn’t long before the FCC released a set of guidelines for what should be displayed and how… but of course it did. FCC commissioner Michael O’Rielly wrote a blog post pushing to make e-labels a thing months ago. Why are these folks getting so worked up over digital vs. physical labels? There’s the design argument, for one. No longer will your shiny smartphone or terrific tablet be marred by oblique symbols. Manufacturers won’t have to worry about the very process of etching tiny logos on everything they make either, and Rockefeller thinks that’ll mean ultimately mean “lower device costs for consumers” too. We’re looking forward to seeing how right these folks may or may not be, but (just like anything involving US law-making) it’ll take a while to see anything concrete. Filed under: Mobile Comments Source: The Hill 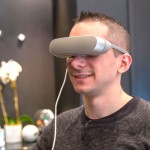 LG jumps on the VR bandwagon with the LG 360 VR