StartsWithABang writes In 2012, Mars Science Laboratory performed the first robotically-controlled soft landing of a vehicle of such incredible mass: nearly half a tonne. A few months later, the rover, Curiosity, took the first ever billion-pixel mosaic from the Red Planet’s surface, with breathtaking views of the terrain and alternate views of what the soils would look like were they here on Earth. Now in its third year on Mars, Curiosity is roving the low slopes of its ultimate destination: Mount Sharp. Read more of this story at Slashdot. 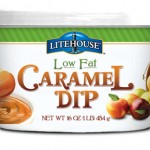