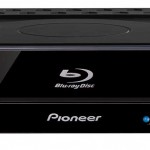 More and more, we’re getting our movies and TV via streaming services instead of on disc . But a certain DIY crowd still appreciates support for physical media piped through a home theater PC, and that’s the group the first Ultra HD Blu-ray drive is made for. Pioneer Japan announced two disc drives, the BDR-S11J-BK and the BDR-S11J-X that it will release in late February, ready to read the triple-layer 4K-ready discs. Both drives come bundled with a copy of Cyberlink’s PowerDVD software that is ready to play back 4K movies from disc. However, you’ll also need a PC running Windows 10 as well as a 7th-generation Core i7 or i5 Intel processor (Kaby Lake) and an HDMI 2.0a connection that’s HDCP 2.2 capable (just like 4K Netflix on the PC) . Once you get past the demands of HEVC compression and the DRM wrapping, it should be all set. Still, we have seen some growing pains with the first Ultra HD Blu-ray players and it’s possible a software update or two will be needed for every movie to work just right. Both drives are capable of reading and writing (read-only for Ultra HD Blu-ray), and are basically identical although the J-X has some extra tweaks for CDs, whether you’re listening or just ripping. There’s no word yet on price or exact release date, but we’ll probably see drives in the US soon. As Myce (f.k.a CDFreaks) notes, both Pioneer and Hitachi-LG are licensed to make the drives, so whatever arrives will probably come from one of those two. Via: AV Watch Source: Myce , Cyberlink , Pioneer Japan

Intel’s Cheap Windows PC TV Dongle Is About To Get Way... 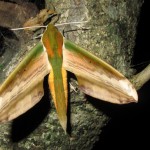 Hawkmoths use their genitals to scare off bats 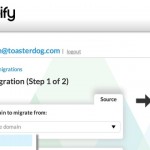 Backupify Migrator Moves One Google Apps Account to Another, Hassle-Free