If you’re after a plumber you look on Checkatrade, if you need a cab you fire up the Uber app , and if you’re craving pizza you simply ask Alexa to order one . With all the conveniences the internet affords, it was inevitable the local listings tome that is the Yellow Pages would go the way of the dodo eventually. Yell has announced that the large paper doorstop is indeed approaching its final hour. After distributing a penultimate edition in Kingston in January next year, Yell will officially say goodbye to the Yellow Pages in January 2019, when the last ever copies will hit doorsteps in Brighton — back where it all began in 1966. Yell embraced online many moons ago, of course, with a listings site and mobile apps, but this will mark “the company’s full transition to a purely digital business.” The Yellow Pages is a British institution, but even icons have to roll with the times. Take telephone boxes, for example, which are being ripped out and replaced left, right and centre on account of them being obsolete in the mobile age. The internet has had a particularly broad impact on publishing, causing the closure or moving online of various print publications over the years. Playboy even scrapped nudity because of all the nakedness available online — well, for a year at least. Via: BBC , Gizmodo Source: Yell

Continued here:
The internet has finally killed off the Yellow Pages

This is How You Roll and Transport a 19-Foot Picasso That’s... 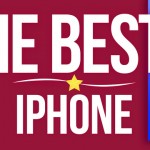 The 12 Best Games on the iPhone