In America the Internal Revenue Service used to pick who got audited based on math mistakes or discrepancies with W-2 forms — but not any more. schwit1 shares an article from the Vanderbilt Journal of Entertainment and Technology Law describing their new technique: The IRS is now engaging in data mining of public and commercial data pools (including social media) and creating highly detailed profiles of taxpayers upon which to run data analytics. This article argues that current IRS practices, mostly unknown to the general public, are violating fair information practices. This lack of transparency and accountability not only violates federal law regarding the government’s data collection activities and use of predictive algorithms, but may also result in discrimination. While the potential efficiencies that big data analytics provides may appear to be a panacea for the IRS’s budget woes, unchecked these activities are a significant threat to privacy [PDF]. Other concerns regarding the IRS’s entrÃ©e into big data are raised including the potential for political targeting, data breaches, and the misuse of such information. While tax evasion cost the U.S.$3 trillion between 2000 and 2009, one of the report’s authors argues that people should be aware âoethat what they say and do onlineâ could be used against them. Read more of this story at Slashdot. 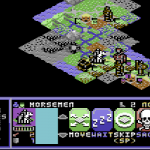