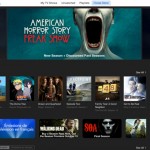 Apple has flattened the design of just about every interface it makes, but the iTunes Store has remained largely impervious to those changes — reflections, drop shadows and extruded buttons abound. All that is likely to change soon, however. According to 9to5Mac , those trying out the iTunes 12 beta are now seeing a super-flat iTunes Store layout that mirrors what you’ve seen in iOS, OS X Yosemite and iTunes 12 itself. The carousel highlighting new content is no longer full of pseudo-3D effects, and most of the buttons have been reduced to simple wireframes. A few elements are reportedly missing as of this writing, but it won’t be surprising if the new-look storefront gets some stage time on October 16th . Filed under: Home Entertainment , Internet , Software , HD , Apple Comments Source: 9to5Mac

More:
The iTunes Store is about to get a flatter look