Who *yawn* are the most sleep deprived students in the world? Students from the United States, according to new research by Chad Minnich of Boston College: “I think we underestimate the impact of sleep. Our data show that across countries internationally, on average, children who have more sleep achieve higher in maths, science and reading. That is exactly what our data show,” says Chad Minnich, of the TIMSS and PIRLS International Study Center. “It’s the same link for children who are lacking basic nutrition,” says Mr Minnich, based at the Lynch School of Education, Boston College. But what about those Asian students who study all the time? Asian countries are the highest-performing in maths tests – and Mr Minnich says this has often been associated with long hours and cramming in after-school classes. “One would assume that they would be extremely tired,” he said. “And yet when we look at the sleep factor for them, they don’t necessarily seem to be suffering from as much sleep deprivation as the other countries.” Minnich placed the blame on smartphones and laptops. Sean Coughlan of the BBC has more: Link

Read more here:
The Most Sleep Deprived Students in the World 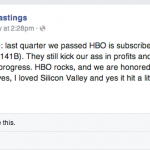