The USS Zumwalt getting a coat of paint at Bath Iron Works. The ship is exotic in many ways, but it runs on off-the-shelf computing technology. General Dynamics Bath Iron Works When the USS Zumwalt (DDG 1000) puts to sea later this year, it will be different from any other ship in the Navy’s fleet in many ways. The $3.5 billon ship is designed for stealth, survivability, and firepower, and it’s packed with advanced technology. And at the heart of its operations is a virtual data center powered by off-the-shelf server hardware, various flavors of Linux, and over 6 million lines of software code. On October 10, I flew up to Rhode Island to visit Raytheon’s Seapower Capability Center in Portsmouth, where engineers assembled and pre-tested the systems at the heart of the Zumwalt and are preparing to do the same for the next ship in line, the USS Michael Monsoor—already well into construction. There, Raytheon’s DDG-1000 team gave me a tour of the centerpiece of the ship’s systems—a mockup of the Zumwalt’s operations center, where the ship’s commanding officer and crew will control the ship’s sensors, missile launchers, guns, and other systems. Over 20 years ago, I learned how to be a ship watch stander a few miles from the Raytheon facility at the Navy’s Surface Warfare Officer School. But the operations center of the Zumwalt will have more in common with the fictional starship USS Enterprise’s bridge than it does with the combat information centers of the ships I went to sea on. Every console on the Zumwalt will be equipped with touch screens and software capable of taking on the needs of any operator on duty, and big screens on the forward bulkhead will display tactical plots of sea, air, and land. Read 17 remaining paragraphs | Comments

Read the original post:
The Navy’s newest warship is powered by Linux 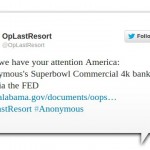 Anonymous Leaked Account Data for 4,000 Bank Executives on a Government...