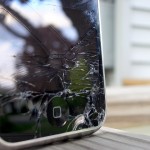 Clifford Joseph Kozak After handling the entire digital expression of your life for one, two, or more years, the most mercenary and practical end that a smartphone can meet is to be sold off secondhand. Wheeling and dealing with used personal electronics is not a new business, but in the last few years, it’s been writ very large with the glut of tiny hand-computers we’re all using lately. Where those devices go after you sell them into wanting hands (Gazelle and NextWorth are two services that make their business on these transactions) has shifted a bit over the years. In the early days of the iPhone, companies were built on the activity of breaking down old iPhones into parts for repairing those still in use (or so some of the shadier companies claimed). Per a report in the New York Times back in 2008, one company named PCS Wireless claimed that 94-95 percent of the second-hand phones it obtained were broken down into parts. The source claimed at the time that the screens alone could fetch $200. Read 12 remaining paragraphs | Comments

Continue reading here:
The new lifecycle of your old iPhone

How Not to Smuggle 94 iPhones Through Chinese Customs

Hulu Just Paid Nearly $180 Million For Every Episode Of Seinfeld