Part 1 of Ben Heck’s SNES-CD restoration project (part 2 at the bottom of this post). Since a prototype of the fabled, unreleased SNES-CD (aka the “Nintendo PlayStation”) was first found and disassembled last year, we’ve learned enough about this one-of-a-kind piece of hardware to actually emulate homebrew games as if they were running on its CD-ROM drive. The prototype console itself, though, has never been fully functional—it couldn’t generate sound, the CD-ROM drive wouldn’t spin up, and, after a recent trip to Hong Kong, it actually stopped generating a picture. That’s when the prototype’s owners, Terry and Dan Diebold, went to famed gaming hardware hacker Ben Heck . They want this piece of gaming history up and running again. Heck documented his efforts in a fascinating two-part YouTube series that reveals a lot about the system and what makes it tick. Terry Diebold starts off talking about how he first discovered the prototype SNES while boxing up an estate sale, where it was sold in a lot alongside CDs, cups, saucers, and other knickknacks. After paying $75 for the entire lot, Diebold recalls, “if you break it down to everything I did buy, I probably paid a nickel for it.” Read 6 remaining paragraphs | Comments

Continue Reading:
The quest to get a unique SNES CD-ROM prototype working again 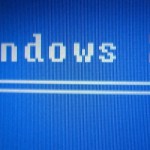