jeditobe writes with a link to a talk (video recorded, with transcript) about a project we’ve been posting about for years: ambitious Windows-replacement ReactOS: “In this talk, Alex Ionescu, lead kernel developer for the ReactOS project since 2004 (and recently returning after a long hiatus) will talk about the project’s current state, having just passed revision 60000 in the SVN repository. Alex will also cover some of the project’s goals, the development and testing methodology being such a massive undertaking (an open source project to reimplement all of Windows from scratch!), partnership with other open source projects (MinGW, Wine, Haiku, etc…). Alex will talk both about the infrastructure side about running such a massive OS project (but without Linux’s corporate resources), as well as the day-to-day development challenges of a highly distributed team and the lack of Win32 internals knowledge that makes it hard to recruit. Finally, Alex will do a few demos of the OS, try out a few games and applications, Internet access, etc, and of course, show off a few blue screens of death.” Read more of this story at Slashdot. 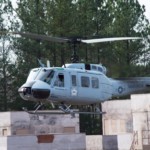