theodp writes “Forget the dire predictions of a looming shortfall of scientists, technologists, engineers, and mathematicians, advises IEEE Spectrum contributing editor Robert Charette — the STEM crisis is a myth. In investigating the simultaneous claims of both a shortage and a surplus of STEM workers, Charette was surprised by ‘the apparent mismatch between earning a STEM degree and having a STEM job. Of the 7.6 million STEM workers counted by the Commerce Department, only 3.3 million possess STEM degrees. Viewed another way, about 15 million U.S. residents hold at least a bachelor’s degree in a STEM discipline, but three-fourths of them — 11.4 million — work outside of STEM.’ So, why would universities, government, and tech companies like Facebook, IBM, and Microsoft cry STEM-worker-shortage-wolf? ‘Clearly, powerful forces must be at work to perpetuate the cycle, ‘ Charette writes. ‘One is obvious: the bottom line. Companies would rather not pay STEM professionals high salaries with lavish benefits, offer them training on the job, or guarantee them decades of stable employment. So having an oversupply of workers, whether domestically educated or imported, is to their benefit…Governments also push the STEM myth because an abundance of scientists and engineers is widely viewed as an important engine for innovation and also for national defense. And the perception of a STEM crisis benefits higher education, says Ron Hira, because as ‘taxpayers subsidize more STEM education, that works in the interest of the universities’ by allowing them to expand their enrollments. An oversupply of STEM workers may also have a beneficial effect on the economy, says Georgetown’s Nicole Smith, one of the coauthors of the 2011 STEM study. If STEM graduates can’t find traditional STEM jobs, she says, ‘they will end up in other sectors of the economy and be productive.'” Read more of this story at Slashdot.

More:
The STEM Crisis Is a Myth 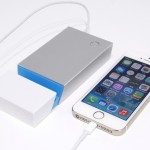 Use Your Favorite USB Keyboard On Your Phone With This Backup...