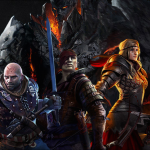 For a video game, the jump from “series” to “franchise” can have its seriously awkward moments. At what point does it make sense for a beloved game character to show up in different genres, like puzzle, sports, or kart-racing games? It’s a question worth posing to the folks at Polish design studio CD Projekt Red, who today publicly unveiled the first major spin-off for the company’s plot- and morals-loaded RPG series The Witcher . Thankfully, The Witcher: Battle Arena  seems more logical for the series than, say, Dr. Geralt of Rivia’s Mean Bean Machine , as the game will pit the series’ heroes and villains against each other in three-on-three “MOBA”-styled combat by the end of this year. The game’s unveiling didn’t come with a grand pronouncement of new twists on the genre; rather, CD Projekt Red appeared to justify the game’s existence on the fact that quality MOBA games simply don’t exist on smartphones and tablets. “I dare you to name three MOBA games on mobile devices,” Tadek Zielinski said in a Eurogamer report , adding, “We don’t want to fight with League of Legends or Dota . We are a humble company. It wouldn’t be wise to go against guys who are working on it for such a long time.” Read 3 remaining paragraphs | Comments

Follow this link:
The Witcher coming to iOS, Android, WP8 as a free-to-play MOBA game 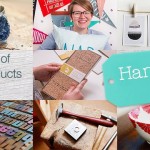