It freaks me out that tiny atoms and huge solar systems consist of things rotating around each other in a similar way. It’s also weird to see time-lapse footage of human beings building things (like that super-fast hotel build in China) and realize how insectoid our activities look when sped up. And above you see the latest strange big/small connection: The planet Earth resembling a beating heart or a breathing being. A guy named John Nelson runs the UX Blog , which covers user experience, mapping and data visualization for parent software company IDV Solutions. Nelson pulled twelve rare, unobscured-by-clouds images of our planet off of NASA’s Visible Earth catalog taken at different times of the year. Stitching them together into an animation, he made the visually stunning discovery you see here: As the seasons change, the ebb and flow of snow and greenery makes our little rock look like it’s breathing. (more…)

Continued here:
These Satellite Images of Earth "Breathing" Are Freaking Me Out

Student Charged By FBI For Hacking His Grades More Than 90... 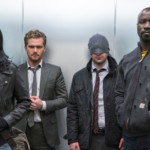