When it comes to detecting and cataloguing exoplanets, astronomers have only just begun. It should come as no surprise, therefore, that an entirely new class of planets may have been discovered — Neptune-like planets that were stripped of their outer gaseous layers after venturing too close to their sun. Several years ago, astronomers involved in NASA’s Kepler program discovered celestial bodies that appeared too heavy for their size. Some of these planets were Earth-like in size, but featured densities greater than pure iron. No existing theory could explain these observations, but Olivier Grasset, a geophysicist at the University of Nantes in France, has just come up with a possible explanation. Nature News reports : Grasset and his collaborators now say that the strange bodies could be the “fossil cores” of planets that were once much larger, an idea that was first proposed by researchers in 20111. These planets would have been ice giants that formed in the outer parts of a star system and then migrated inwards — as their orbits were affected by interactions with surrounding gas and dust — perhaps getting as close to their suns as Mercury is to ours. The hotter temperatures closer to the stars, Grasset explains, would evaporate the outer layers of the planets, which are made mainly of volatile components such as hydrogen, helium and water. The leftover cores would consist of rock and metal, just like the bulk of Earth, and could weigh up to several times as much as our planet, making them what scientists call super-Earths. But these cores formed under the weight of their planets’ outer layers, under pressures of around 500 gigapascals — 5 million times atmospheric pressure on Earth — and typical temperatures of about 6,000 kelvin. As a result, the materials in these cores should be more compacted, and denser, than Earth. The results were recently presented at a meeting on exoplanets at the Royal Society in London. Read Davide Castelvecchi’s entire article to learn more. Image: NASA/ESA/C.CARREAU.

Read More:
This crazy-dense planet could be of an entirely new type 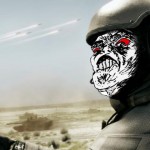 Rage-quit: Coder unpublished 17 lines of JavaScript and “broke the Internet” 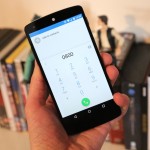 0800 numbers are now free to call from mobiles